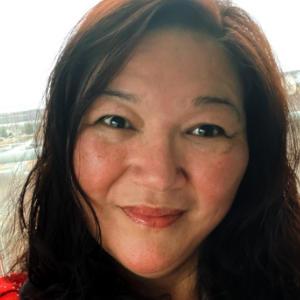 Vanessa Nevin is the Director of Health at the Atlantic Policy Congress of First Nations Secretariat and comes from Sipekne’katik First Nation within Mi’kmaki. Vanessa leads a dynamic health department that works to improve the health and wellbeing of First Nations through participation of First Nations in the planning, management and delivery of health programs and services.

Vanessa has worked for APC for over 10 years on Health, Indian Residential School, Elections, and Social. Furthermore, she has extensive experience working with First Nations communities and organizations including Confederacy of Mainland Mi’kmaq, BC Association of Aboriginal Friendship Centre, North American Indigenous Games, and Victoria Native Friendship Centre. Vanessa also completed contracts with the Aboriginal Healing Foundation to review/arbitrate proposals and University of Victoria Law School to research on First Nations’ alternative justice programs throughout the province of British Columbia.

Vanessa obtained a Bachelor of Arts degree with a major in History and minor in Greek and Roman Studies from the University of Victoria, and completed graduate courses for Royal Roads University’s Master’s of Art program for Conflict Analysis and management. She also had a Royal Roads University certificate in Negotiations, and, an Aboriginal Trauma Certificate from the Justice Institute of British Columbia. 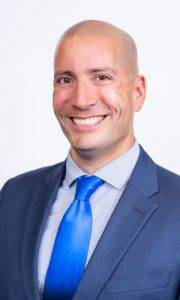 He joined APC in July 2013 as the former Aboriginal Health Human Resource Initiative (AHHRI) Coordinator. He is currently the Associate Director of Health. His work is mainly the Health Partnership, the Child and Youth Committee, supervising staff (re Health Partnership coordination, Health Policy support, and anti-racism legislation), health-related conferences, Indian Day Schools, and he sits on several health-related boards of directors. He has spoken and presented at many events, including Dalhousie Law School and Medical School, the Nova Scotia Physiotherapy Association, Girl Guides of Canada and Scouts Canada, and led the development of the Donald Marshall Junior Memorial Award. He also possesses knowledge on Indigenous law, and Mi’kmaw history, culture, and language, often acting as a cultural language resource and liaison.

In keeping up with his own health and fitness, he is an avid runner and completed the Boston Marathon in April 2022. He volunteers on the management boards for both Run Nova Scotia as well as the Blue Nose Marathon. He lives in Kjipuktuk/Dartmouth with his wife Kerrianne and their Sheltie Looloo.

Prior to her position at APC, Jenna has worked for First Nations on and off the front lines in Mi’kma’ki and on Coast Salish Territory in Mental Health and Addictions, Finance, Indigenous Homelessness, and Urban Indigenous populations. She also attended studies at Mount Saint Vincent University. Her past work experience, education, and professional development are geared towards First Nations families, health, mental health, and addictions.

Jenna was born, raised, and resides in Sipekne’katik First Nation. When she is not working, Jenna is found raising her two little brothers, chasing waterfalls, being a local tourist, binging Netflix, and surrounding herself with family and friends. 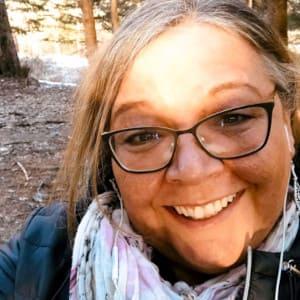 Miranda is from Wagmatcook First Nation, she is a proud mother of one son and has resided on and off reserve. Miranda has 18 years of experience working with First Nations communities and organizations and has worked in the urban indigenous community for many years in different advocacy roles. 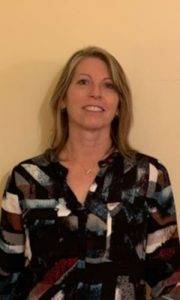 Brenda Christie is a Resolution Health Support Worker (RHSW) for the Atlantic region, where she offers emotional support to Indian Residential Schools Survivors, Indian Day School applicants, and the families of Missing and Murdered Indigenous Women and Girls. Through individual and group sessions which incorporate healing through cultural workshops such moccasin and mitten creation, drum making and healing circles, she offers support to various communities in Nova Scotia, New Brunswick, and Prince Edward Island.

As a certified Social Service Worker currently finishing her Bachelor of Indigenous Studies with Laurentian University, she has 14 years of experience which allow her to emotionally support Survivors in a respectful and culturally informed manner. She is formerly from Ontario, where she most recently worked as a Family Violence Counsellor with Habitat Interlude.

A mother of two, with two grandchildren, she is happy to be back with her family in Nova Scotia. She enjoys hiking, kayaking, meditation, and yoga and actively participates in cultural activities including a Women’s Hand Drum group in Kingston. 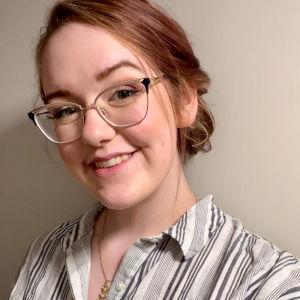 Maikayla MacPhail is a member of the Abegweit First Nation on Prince Edward Island. It was in PEI where she discovered her passion for working with the Indigenous community at an early age. Through her professional experience she has worked with Indigenous youth and elders in various programs across Atlantic Canada. In PEI she has worked for several organizations such as AWA, as the coordinator for MMIWG-Honoring our Sisters program, NCPEI as a membership coordinator, and MCPEI in Events. In Nova Scotia Maikayla had also serviced the province as a Jordan’s Principal Case Coordinator for The Confederacy of Mainland Mi’kmaq. Additionally, she represented PEI as the coordinator for the province for Digital Mi’kmaq, a STEAM geared organization based in Nova Scotia that was funded through Ulnooweg. Furthermore, Maikayla has sat on various boards such as the Premiere’s Youth Council of PEI and the youth board of NCPEI. She takes the most pride in helping others wherever she can, thus leading her to her position now.

It is through APC that she will be providing services to clients as a Cultural Support Provider. Maikayla will be available to offer support at various cultural workshops throughout the Atlantic region as well as on an individual basis to those affected by Indian Day School (IDS), Indian Residential School (IRS), and Murdered and Missing Women and Girls (MMIWG). 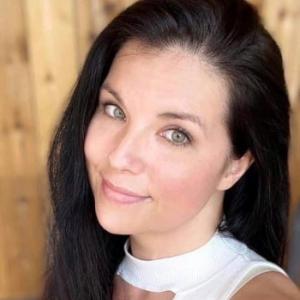 Elizabeth Camus is the new Non-Insured Health Benefits Navigator for the Atlantic Policy Congress of First Nations Chiefs. Currently residing in Halifax, but Elizabeth’s heart belongs to the ‘sunset-side’ of rural Cape Breton where she grew up. Growing up as one of five daughters, she quickly learned the value of collaboration and teamwork. Elizabeth brings award-winning client service experience from working for several startup companies in Halifax. Whether working with bionic knee braces or dental professionals, her focus was always on improving positive outcomes and advocating for clients.
Elizabeth has a Bachelor of Science degree in Health Promotion from Dalhousie University. The core theme of her degree was to collaborate with communities to develop evidence-based solutions and empower healthy change. She is passionate about helping others and has a strong skillset for advocacy. She was honored with an opportunity to work with the Brain Injury Association of Nova Scotia (BIANS), organizing and implementing programs for adults living with an acquired brain injury.
To create joy, Elizabeth dabbles with amateur painting, photography and loves visiting her nieces and nephews.

If you have any questions about Non-Insured Health Benefits or having any difficulty accessing eligible benefits, please contact Elizabeth Camus by calling 1-877-667-4007.

Connie Francis is the New Brunswick Resolution Health Support Worker (RHSW) and is based out of Elsipogtog First Nation, where she was born and raised. Connie’s passion is helping people as they continue with their healing journey, and, for the last ten years that is exactly what Connie has been doing at the Atlantic Policy Congress of First Nations Chiefs Secretariat.

Specifically, in her role, Connie provides emotional and cultural support to Indian Residential School (IRS) survivors and their family members, those affected by National Inquiry of Murdered and Missing Indigenous Women and Girls (MMIWG) and Indian Day School (IDS) claimants. Connie also provides mental health referrals and arranges cultural workshops throughout the Atlantic provinces. Please note that Connie is a fluent Mi’kmaq speaker and offers all services in English and Mi’kmaq.

After completing an associate degree in Social Work at St. Thomas University, Connie continues to keep her skills up to date by participating in mental health training. She has numerous training certificates including: Suicide Prevention/Intervention and Crisis Intervention and the Justice Institute of British Columbia Aboriginal Trauma. Connie also attended the Memramcook Institute for Life Skills Coach training.

In 1986, Connie started working in the mental health field as a Child and Family Services counselor and childcare worker. Also, Connie has worked as a probation officer, an Elsipogtog Alcohol and Drug Prevention Supervisor and as the female counselor at Lone Eagle Treatment Centre.

Connie has been happily married to William Nevin for 27 years and has a wonderful family that she adores. 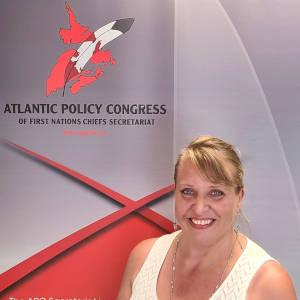 Wanda was born and raised in Newfoundland and moved to Nova Scotia in 2003. In 2004, she trained as a volunteer firefighter and completed a Paralegal Diploma from Nova Scotia Community College. Wanda joined APC in 2011 to assist with the Economic Development Department but then transitioned to the Health Department in 2017. In her position, she works with the Director of Health and the entire Health Department providing administrative and logistical support for the Elder Care Working Group, Mental Wellness, Health Partnership, and Health Directors’ meetings. Wanda also assists with health-related conferences and other health initiatives and is the central finance administrator for the department.