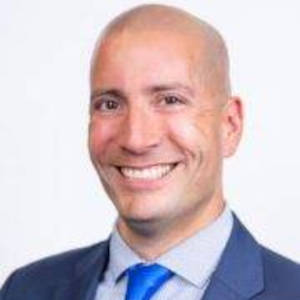 Jarvis was raised in We’koqma’q, Unama’kik, attended an Indian Day School from 1985 to 1993, and graduated from a Mi’kmaw Kina’matnewey school. He holds degrees from Saint Mary’s University (cum laude), Dalhousie Law School, and is a non-practicing member of the Nova Scotia Barristers’ Society. He has worked as a human rights legal advisor for the Confederacy of Mainland Mi’kmaq and as a senior policy analyst with the Nova Scotia Office of Aboriginal (now L’nu) Affairs. He joined APC in July 2013 and went on to hold several positions in Health. His main work involved the Aboriginal Health Human Resource Initiative (AHHRI), Health Partnership and policy support, health-related conferences, Indian Day Schools, Atlantic First Nations Health Priorities, staff supervision, and addressing racism in health care. After nine years of working in Health, he started in a new position as the Director of AIEDIRP.

He has spoken and presented on numerous Indigenous topics, such as health, law, colonialism, assimilation, Indian Residential and Day Schools, Truth and Reconciliation, Peace and Friendship, and Mi’kmaw history, culture, and language. Some of the venues/audiences include Dalhousie Law School and Medical School, University of King’s College, the Nova Scotia Physiotherapy Association, Girl Guides of Canada and Scouts Canada, churches, schools, and running groups, as well as to many media outlets. In 2009-2010, he led the development of the Donald Marshall Junior Memorial Award.

He is an avid runner and completed the Boston Marathon in April 2022. He will be doing the Marine Corps Marathon in October 2022 in Arlington, Virginia, and Washington D.C. He volunteers on the management boards for both Run Nova Scotia as well as the Blue Nose Marathon. He lives in Kjipuktuk/Dartmouth with his wife Kerrianne and their Sheltie Looloo. 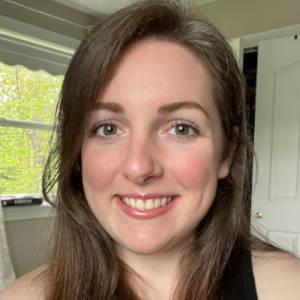 Julia has been working for the Atlantic Policy Congress of First Nations Chiefs Secretariat since June of 2021. Her role as the Cumulative Effects Project Coordinator is to lead a project that aims to help build and enhance the technical and scientific capacity of Indigenous communities in the Atlantic region to address cumulative effects issues. To better understand these issues and work towards solutions, the concept of Two-Eyed Seeing is heavily integrated into all stages of the project.

Julia has an extensive background in environmental science and physical geography with a strong focus on climate change science and adaptation. She has a Bachelor of Science Degree in Environmental Science (Honours) and Geography, as well as a Master of Science Degree in Applied Science, both of which were obtained at Saint Mary’s University in Halifax, Nova Scotia. Although her background is technical and academic in nature, Julia has come to love working with Indigenous communities and having meaningful conversations that make a positive difference in peoples’ lives.

Outside of work, Julia enjoys reading, watching movies, practicing self-care, nature, spending time with friends and family, and being in the company of her cat, Ellie.