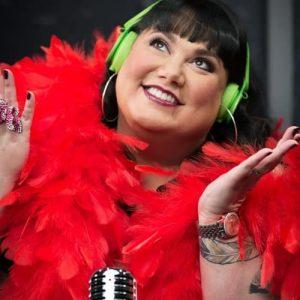 Candy is the creator and star of her own national, multiple award-winning TV series, The Candy Show (APTN). She has a role on the Trailer Park Boys S10 (NETFLIX), appeared in Call Me Fitz (HBO Canada) and Sex and Violence (OutTV), and received a Screen Nova Scotia nomination for her role on Forgive Me (Superchannel). She’s a Broadcaster with CBC Radio One where Candy has hosted: The Candy Palmater Show, Q, DNTO and appears on Because News and The Next Chapter. You can hear Candy’s voice as the Narrator of CBC TV series True North Calling, and was a Panelist on Canada Reads 2017.

Candy has written and hosted many broadcasts including Ab Day Live, the Indspire Awards, and the imagineNATIVE Film Fest Awards Show. Candy was valedictorian of her class at Dalhousie Law School and went on to practice Labour and Aboriginal law in a large corporate firm until show biz came knocking. Before pursuing entertainment full time, Candy directed First Nations education for the Nova Scotia Department of Education for a decade. She is currently working on a Masters of Education at St. Francis Xavier University and has taught in the Transition Year program at Dalhousie University.

Candy spends most of her time in airports and airplanes as she travels the globe speaking to audiences, large and small, about the power of love, kindness and selfacceptance. Candy believes we are more alike than different and that you can NEVER have too much Candy. Candy first book, a memoir, will be published by Harper Collins in the fall of 2021. 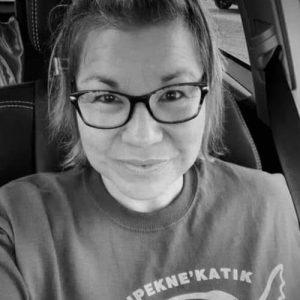 Experienced Chief with a demonstrated history of working in the government administration industry. Skilled in Nonprofit Organizations, Government, Emergency Management, Facilitation, and Fundraising.

Strong professional with a Bachelor of Education (B.Ed.) focused in Social Studies, English from Saint Francis Xavier University. Please connect with me at andrea.p@plfn.ca 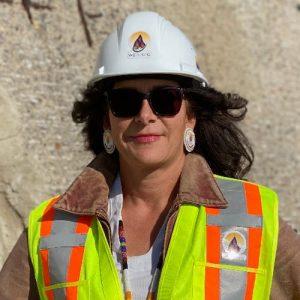 A Mi’gmaq entrepreneur from Listuguj, in the traditional district of Gespe’gewa’gi, Victoria owns Wejipeg Excavation Inc. Created in 2011, her company participated in wind park development in her territory. In 2016, Victoria added to her businesses with Wejuseg Construction Inc. which she co-owns and serves as President. In addition, she owns rental properties in both New Brunswick and Quebec, launched an online clothing company www.rezmopolitan.ca, and is a partner in other joint ventures in the region.

Victoria has served many roles for the surrounding First Nations and the federal public service, working at the community level, as well as regional and national levels. Her energy, passion and commitment to serve Indigenous people is extensive.

Victoria holds a Bachelor of Arts (’91) in political science and a Master’s in Business Administration (’04) both from the University of New Brunswick at Fredericton. Recipient of the E.D. Maher graduate student prize in administration awarded to her as the graduating MBA student with the highest GPA. Post-secondary studies included a sojourn in the French Riviera at the Université Canadienne en France (’90). She also holds a contractor’s license (’11) from the Régie du bâtiment du Québec.

In partnership with the Indigenous Leadership Development Institute Inc. and Government of Canada, Native Women’s Association of Canada is providing a three-week Indigenous Women’s Leadership Initiative designed to increase representation of Indigenous women in positions of leadership. The program will target the growth of twenty (20) Indigenous women across Canada over a three (3) week timeframe beginning March 22, 2021. The location of the training will take place in a Zoom meeting space.